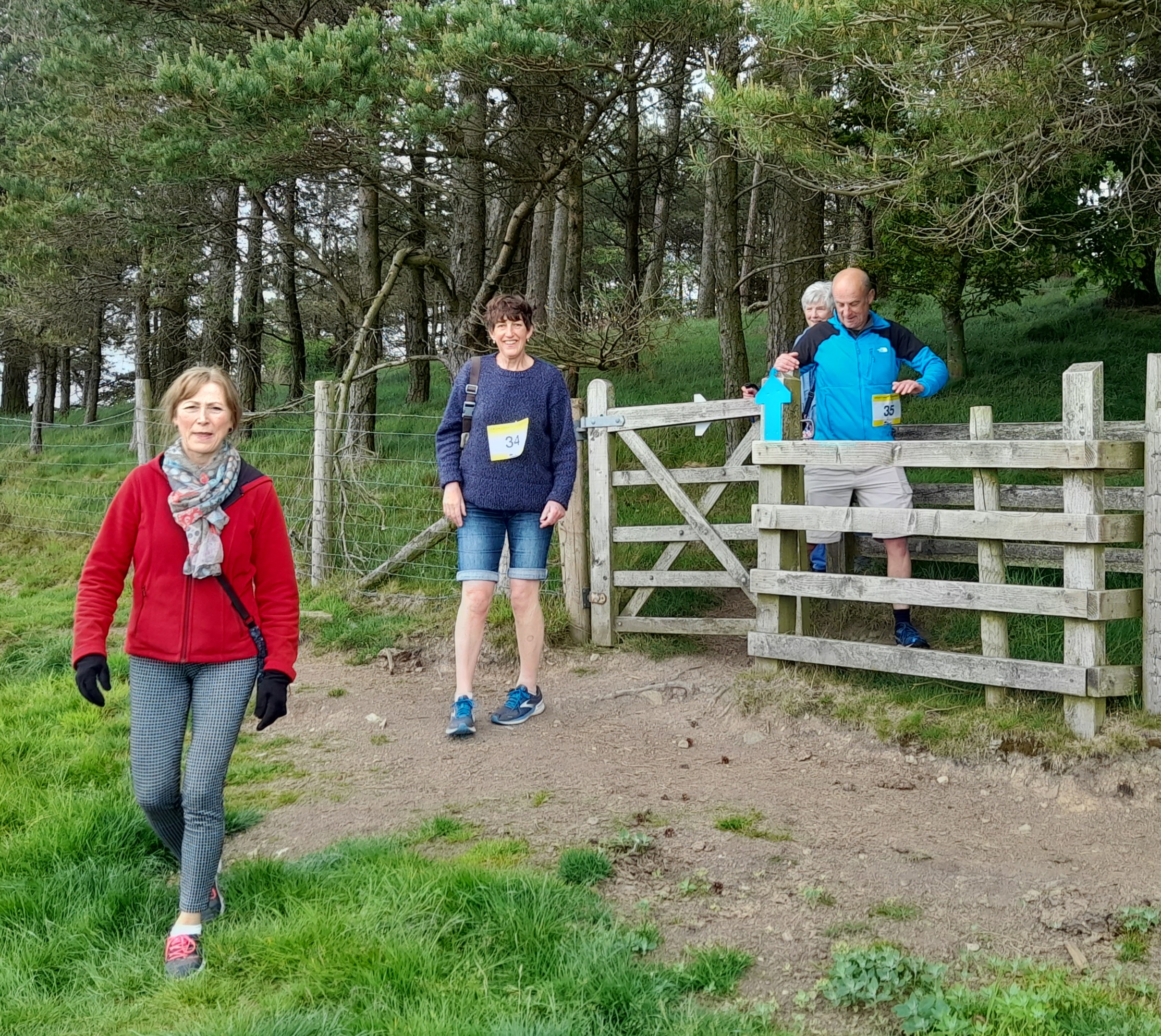 The first running of the Callow Run since 2012 took place on the 4th June from the village hall. There were three events in total – the Chase a 4.5 mile run, the Crawl a 3.5 mile walk and the Pootle – the Crawl route but for one man and his dog.

After several weeks of uncertainty,  thanks to support and sponsorship from Stapeley Vets and Worthen and Shelve Parish Council and the Village Hall committee we were able to welcome 30 runners in the Chase, 8 participants in the Crawl and a single entry in the Pootle.

The conditions were almost perfect once the event began but thanks to the runners particularly for their patience waiting in the cole both for the start and for the prizegiving. In future we shall ensure access to the main Village Hall but it was already set out for the evening event.

The Chase began at 1200 and the runners soon disappeared from view. The Pootle had a timed start at 1205 and the participants in the Crawl left after this time.

I had estimated a pace of approximately 8 minutes per mile based on how hilly the Chase course was so everyone at the Village Hall was really surprised after just over 31 minutes the first runner reappeared – this was Orlando Bayliss who completed the course in a time of 31 mins 40 seconds. Less than a minute later Liam Bennett crossed the line for second place with both places going to runners under 18.

About two minutes later, the third place finisher John Langton arrived and as an over-60 he completed a line of up of young and old participants on the “podium”. Runners were finishing about every thirty seconds and after 38 mins 49 seconds the first female, Anna Bayliss completed the course after what had clearly been a tight battle with Gill Evans who finished just 5 seconds behind.

In all 12 finished the Chase in under 40 minutes with the remaining entrants finishing over the next 30 minutes. You can see the full results of the event at https://callowrun.uk/results.

In the meantime the only entrants in the Pootle, Mal Fellows and Moss had completed the Crawl course in the amazing time of 31:15 seconds.

As it was getting cold we held the prize giving a little early. The main award for the winner of the Crawl was the newly commissioned Richard Bayliss Shield awarded in memory of the late Richard Bayliss who had contributed so much to the community here in Hope. It was therefore quite fitting that the first winner was his youngest son Orlando.

All the participants in the events received a medal to celebrate their success and there were refreshments for all at the finish.

The participants in the Crawl returned over the next thrity minutes with Debbie Oates and Laura completing their sweeping duties before everyone moved on to the Fete.

I am thankful to Susan for all her help before and during the event, Janet and Debbie Davies for providing a drinks station on the route and to Claire and Molly Bennett for hemp with timing and the prize giving.

The final and most important thank you must go to the volunteer marshals without whom the event could not have taken place.

You can see more images and details on the event website at https:/callowrun.uk and I hope to put together a short video and excerpts about the event. If you have any images that you took on the day, particularly of the prizegiving please send them to me either at the newsletter or to [email protected]

We are aiming to organise the event again in the future but thanks to all for supporting and returning a tradition to the local calendar.